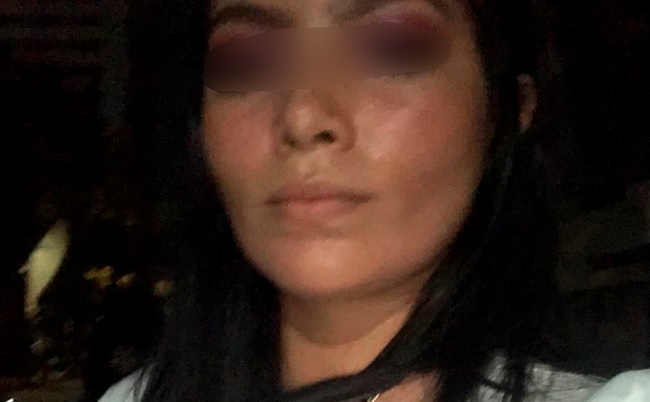 On social networks, a young woman named Arleth, originally from Villahermosa, Tabasco, denounced that her friends beat her up, and left her abandoned outside a party that took place in a palapa, without the opportunity to ask for help, because they kept her personal belongings, including her cellphone.

It all started when she was arguing with a former roommate. However, after having lived together for a while, the discussion began to turn violent.

The foregoing led other young women to physically and verbally assault Arleth, who ended up with blows and scratches on different parts of her body, her clothes torn up; and although there were people near her, no one intervened to help her.

Finally, they took her out on the street, without the opportunity for her to collect her personal belongings, so she could call her relatives or ask them to come to pick her up, and it was already past midnight. It was an unknown young man who helped her, after seeing her wandering alone in the street, who drove her home.

Due to the above, Arleth went to the State Attorney General’s Office, to file a complaint not only for the aggression but also for the cyberbullying that she receives on social networks from more than one person.

This fact outraged users of social networks, especially women, who claim that given the insecurity that prevails throughout the country, especially violence against women, it is foolish to leave a friend in the streets in the middle of the night.

In addition, many have linked it to the case of Debanhi Escobar, who was also abandoned by her friends at a party, and she was found dead days later.