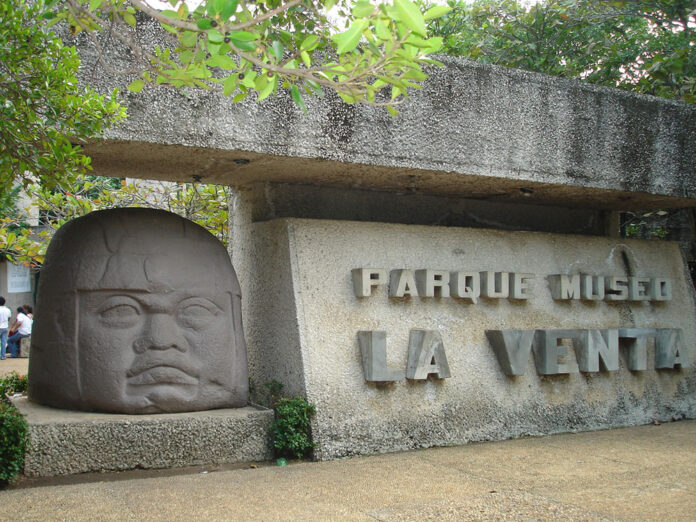 The Parque Museo La Venta is an open-air museum located in the city of Villahermosa in the State of Tabasco, Mexico that houses one of the largest collections of pieces belonging to the Olmec culture, discovered in the pre-Hispanic city of La Venta.

This open-air park museum in Villahermosa, the capital city of Tabasco, houses one of the most important artistic samples of the Olmec culture.

The Olmec (Olmeca) civilization settled in Mexico in the current states of Veracruz and Tabasco. Its colossal stone heads distinguished Olmec sculptural art up to 10 tons in weight and 10 feet high, representing one of the greatest examples of pre-Hispanic monumental sculpture.

The collection was rescued from the archaeological site of La Venta, in the town of Huimanguillo, a swampy region between Tabasco and Veracruz, 9 miles from the coast of the Gulf of Mexico.

Huimanguillo was the main urban and ceremonial center of the Olmec culture, living its time of splendor between 900 and 400 BC.

Other works of Olmec art the park exhibits are stone altars carved with great mastery and sculptures such as Monkey Looking at the Sky, Jaguar Head, Jaguar Mosaic, The Grandmother, Old Man’s Head, and Humanized Jaguar. The main attraction is three colossal heads of defined aesthetic features.