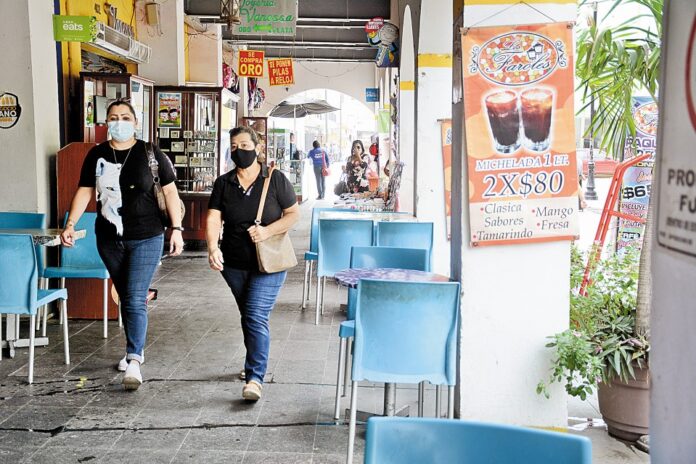 The Municipality of Centro, in the state of Tabasco, is among the 16 most dangerous municipalities for women nationwide, in terms of the number of crimes against gender, reported last Wednesday by the Secretary of Security and Citizen Protection (SSPC), Rosa Icela Rodríguez.

These are the crimes of femicide, intentional homicides, intentional injuries, family violence, and rape, she explained at the press conference of President Andrés Manuel López Obrador.

In this sense, the Executive Secretariat of the National Public Security System (SNASP) reveals a considerable increase in family violence of 27.6 percent and 26.3 in the case of rapes, in addition to other incidents that have been recurrent.

It is shown in the graphs issued by the federal agency that from January to September, family violence went from 4 thousand 738 investigation folders in 2020, to 6 thousand 49 this year, that is to say, that on average a day 22 women suffered some type of violence at home.

The crime of rape, on the other hand, has shown a worrying increase recently, during the ten months that have elapsed this year, the accumulated complaints were 259 cases, against the 205 registered in the same period of the previous year, showing an increase of 26.3 percent.

The 8 femicides that were classified during this period are added to the behavior of the criminal incidence against women.

The director of Analysis and Statistics of the Tabasco Citizen Observatory (OCT), Julia Arrivillaga Hernández declared that according to official information, so far this year 35 women have been murdered in the entity.

She specified that of these murders, nine have been classified as femicides, although the platform of the Executive Secretariat only recognizes eight.