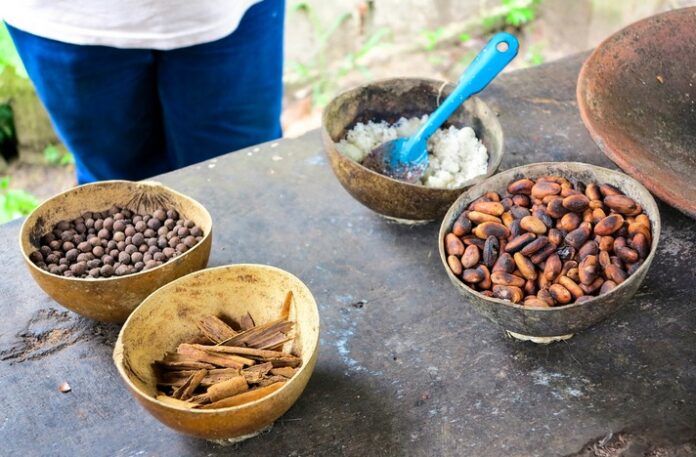 The history of this farm dates back to 1917 when Don Rutilo Peralta Tejeda acquired this cocoa farm. In 1945 it was inherited from his daughter, Doña Rosaura Peralta de Cacep, who in 1966 gave it to his son Juan Cacep Peralta, who began the process of grinding cocoa to obtain a paste and make table chocolate.

Currently, this farm produces, processes, and makes chocolate and exports cocoa. It has community workers and approximately 30,000 families subsist on cocoa in this area. They make about 11 varieties of chocolate and more than 300 different products.

Finca La Luz is also a cocoa farm that makes artisanal chocolate. The farm is also known as Hacienda Wolter in memory of Otto Wolter Hayer, a German immigrant who acquired it in the early 1930s. The farm has approximately 50 hectares and cacao is grown on around 26 hectares.

There we made another route of cocoa and they showed us the process of cocoa to chocolate during the first part of the visit and later we visited an area of ​​the farm where images, utensils, and furniture of the time are exposed.

– Cocoa was supplied to some troops during World War II in 600 calorie bars, as a stimulant.

– Thomas Jefferson was a great chocolate drinker, he believed it essential to maintain good health.