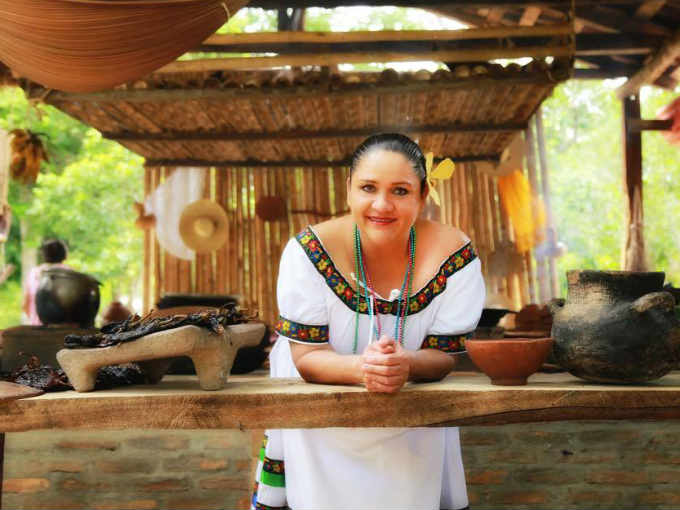 The flavors, aromas and textures characteristic of the ancestral culinary legacy of Tabasco, and the entire environment that surrounds Cocina Chontal, captivated Besha Rodell, the traveling food critic and researcher for Travel + Leisure and Food & Wine.

Due to this, the Mexican restaurant is located in the second edition of the list of the 20 Best Restaurants in the World presented by specialized publications.

Although the pandemic prevented experts from traveling the world to learn about new culinary proposals, once again Travel + Leisure and Food & Wine magazines launched the first part of their annual list of the World’s Best Restaurants 2020

2020 has been a very strange year. It has shown us that nothing in life is safe, and that life can change from one minute to the next. There is no better example than all those events that have had to be postponed or canceled until further notice, and that keep dozens of industries on edge.

Something similar happened to the renowned Travel + Leisure and Food & Wine magazines, which earlier this year sent their culinary critic Besha Rodell on a research trip around the world for their second annual edition of World’s Best Restaurants. of the World 2020.

Besha had the opportunity to tour Australia and New Zealand, Latin America and the Caribbean, and when she began her tasting tour of the United States, critics had to return home as the crisis over the COVID-19 pandemic worsened.

Still, with the global hospitality industry in crisis, it seemed more important than ever to recognize chefs and restaurateurs who do incredible work around the world. When international travel returns to normal, Travel + Leisure and Food & Wine said they will resume searching for locations around the world and reveal the full list of winners.

For now, the following restaurants represent the first part of the list of the best restaurants in the world this year, and among them, once again the Mexican gastronomy stands out with Cocina Chontal in Tabasco.

The restaurant is located in San Isidro Comalcalco, very close to the Archaeological Zone that keeps the spirit of the westernmost city of the Mayan civilization, and is run by one of the most recognized traditional cooks in Mexico: Nelly Córdova Morillo, who since she was a child he discovered unique magic in the native ingredients and in the stove.

Nelly is a lawyer by profession, however, she decided to become a full-time traditional cook and make that passion a way of life. Thus, for more than seven years he undertook the task of restoring the old Chontal house and searching for elements that would give life to his childhood memories.

All this, Nelly tells Forbes Life, with the intention of evoking the cooking techniques of yesteryear and the simplicity of families who know how to work and value what the land gives them.

“The secret is to show what we know and do it with all dignity and pride, in a very genuine and transparent way.”

The Cocina Chontal menu consists of around 15 dishes, including starters, main courses and desserts. You can prepare a special recipe to suit the diner or, better yet, be surprised with a seasonal dish at the suggestion of Nelly. For her, in addition to the emblematic Traditional Baking, the Tabasco enchiladas are the spoiled ones.

Due to the contingency due to COVID-19, Cocina Chontal had to close its doors temporarily, but is already preparing to reopen.

“It is a job that requires patience. I know of the urgency that exists to recover economically, but we want to do it with the same care with which we cook ”, he tells us.

Apart from renovating the small house, with more than 70 years of history, a job that -by the way- requires careful craftsmanship, Nelly tells us that they build traditional palapas to guarantee a healthy distance. This will provide the plus of enjoying the environment formed by exotic vegetation, fruit trees and cocoa plantations.

The second edition of the list includes other restaurants from Latin America and the Caribbean, as well as from Australia and New Zealand. Besha Rodell, once again embarked on what was to be a research trip around the world in search of the restaurants that best captured the spirit of their communities.

The last edition included the Alfonsina restaurant, located in Oaxaca, and also Mariscos Rubén in Tijuana.