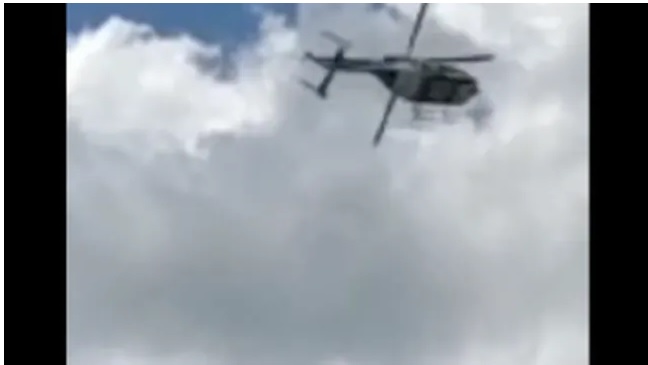 On Saturday, October 1, a helicopter belonging to the Secretary of the Navy crashed in Puerto Frontera, the municipal seat of Centla, Tabasco.

On Saturday, October 1, a helicopter belonging to the Secretary of the Navy (Semar) crashed in the area of ​​Puerto Frontera, the municipal seat of Centla, in the state of Tabasco. After what happened, different videos began to circulate on social networks, of people who witnessed what happened.

According to information published by Proceso, the accident occurred at 1:00 p.m. on this day. After what happened, several people belonging to the population came to help the wounded.

It is worth mentioning that the President of Mexico, Andrés Manuel López Obrador, regretted what happened with the Semar helicopter, as he confirmed that three elements died after the accident.

“I regret the accident of the helicopter of the Secretary of the Navy. I hug the relatives of the victims,” AMLO wrote on Twitter.

Semar announced that the Eurocopter-type aircraft of the Mexican Navy, which operated in the jurisdiction of the Fifth Naval Region, based in Dos Bocas, Tabasco, had the accident in the “Fonhapo” sports field, of the Carlos A subdivision. Madrazo.

It was reported that the helicopter was carrying five naval elements, of which three died, while the other two suffered injuries and are currently receiving medical attention.

In the videos that circulate on Twitter, it can be seen that the aircraft was flying over the area, when it began to fall, causing the anguish of the witnesses, so some took the opportunity to take out their mobile devices and capture the moment.