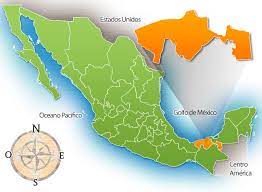 Google has announced an investment of 200 million pesos (US$9.9 million) in training for Mexican women in the southeast part of the country for the next three or four years.

The training will help 2,300 women develop their digital skills in order to improve their work prospects. The money comes from the technology company’s charitable arm, Google.org, and will be placed in a fund to be managed by International Youth Foundation, a non-governmental organization that has experience working with vulnerable communities in Mexico.

The funds are in addition to 40 million pesos (US$2 million) Google had already committed to the training of women in Mexico’s southeast, which includes states such as Tabasco, Yucatán, and Quintana Roo.

The new funding was announced at last Thursday’s Google for Mexico event, held in Mexico City. Florencia Sabatini, Google’s director of communications in Spanish-speaking Latin America, said it was the company’s biggest ever investment in women in Mexico.

The announcement came two months after the United States government unveiled a new US $30 million employment and sustainability program for seven states in Mexico’s south and southeast.

The Mexican government is investing billions of dollars in the region to spur economic development, mainly via large infrastructure projects such as the Maya Train railroad, the Dos Bocas refinery, and the Isthmus of Tehuantepec trade corridor.