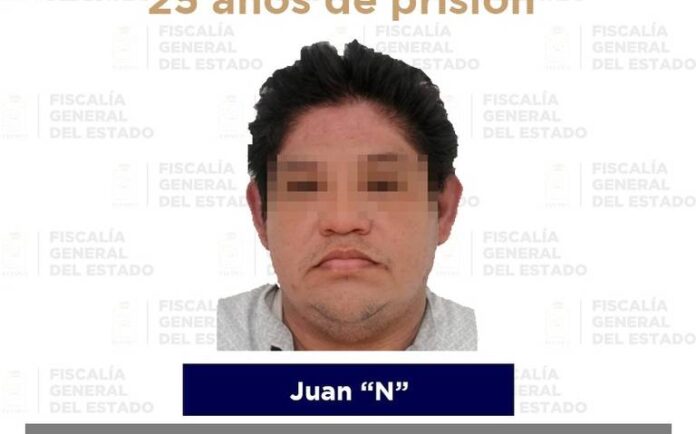 Juan “N” will serve a 25-year sentence for the crimes of rape, corruption of minors, and child pornography, events that occurred in the municipality of Cunduacán, announced the Office of the Attorney General of the State (FGE) of Tabasco.

The corporation’s bulletin indicates that in July of this year, the aforementioned perverted individual took advantage of his capacity as a teacher in a secondary school to induce students to be filmed committing sexual acts.

Once family members filed the corresponding complaints, the FGE identified this person as the person allegedly responsible for the events, and the arrest warrant was carried out in the aforementioned municipality, to later initiate the process against the accused.

In addition, the document also mentions that by means of an abbreviated procedure, the Control judge analyzed the evidence presented by the Public Prosecutor’s Office, which motivated the accused to declare himself criminally responsible for the crimes that he is charged for.

Finally, the document mentions that the FGE acts with the support of justice, in the attention of cases of violence that disturb the integrity of minors, for which it reiterates its commitment against impunity and the superior well-being of girls, boys, and adolescents.