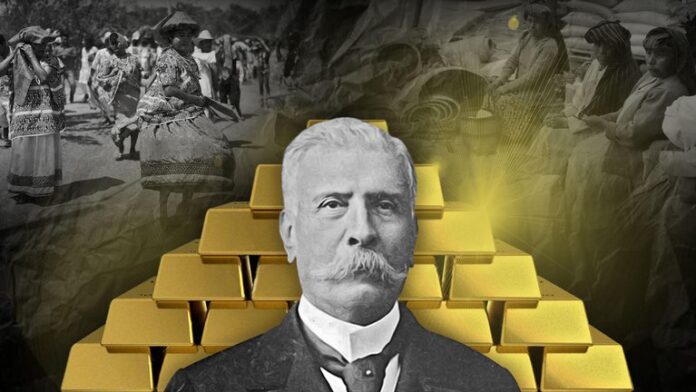 This is the story of the “treasure” from the time of Porfirio Díaz that would turn Mexico into a world power, and that AMLO has already ordered to investigate

President Andrés Manuel López Obrador reported that Arturo Herrera, Secretary of the Treasury and Public Credit, received the instruction to inquire about the fortune that would be somewhere abroad.

A “treasure” of more than 830 billion pesos could turn Mexico into a world power, assured Rogelio Amparan, member of the Mixed Private Fund for Autonomous Heritage.We are going to verify it, because if this is real, Mexico could become a world power.

Since the country achieved its independence from the Spanish Crown, in 1821, a series of “off-the-books” deposits have been generated to compensate the legitimate owners of the Mexican territory, the native communities, for the extraction of natural wealth by hand, from nations of great economic importance.

“So, what is a fact, because we got to know all these deposits at some point, when compliance with England is made, they throw us all the information and it is incredible, it was the confirmation a few years ago that there were so many deposits in gold of different denominations and weights, which the Mexican State did to concentrate them and, in due course, compensate the entire Mexican population through the administration of its central bank ”, Amparan told Infobae Mexico. 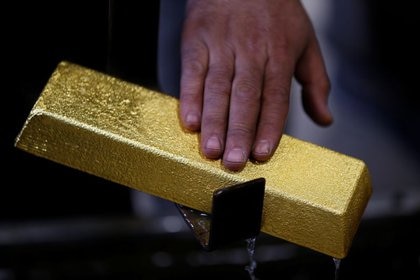 However, it was not until the Porfiriato, a thirty-year period in which General Porfirio Díaz was president of Mexico, that these contributions became more relevant.

This moment in history is characterized by having achieved political, social, and economic stability since it opened the door to important foreign investors who managed to accelerate the commercial activity and the national economy. The Gross Domestic Product of Mexico from 1877 to 1910 was impressive for its time; real GDP per capita remained at levels of 2.1% per year.

Compared with other more developed countries, according to economist Timothy J. Kehoe, “[…] the Porfiriato was the period -except for the period of import substitution of 1950-1981- in which Mexico’s economy was comparable with the United States.” 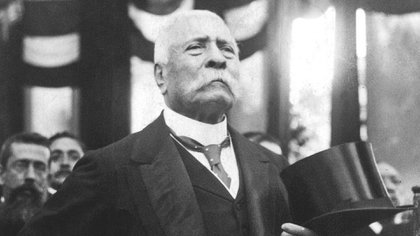 With the exception of the Import Substitution period (ISI), the Porfiriato is the only moment in which Mexico’s economy was comparable with the United States (Photo: File)

With Plutarco Elías Calles at the helm of the Federal Executive, a decree is issued to initiate compensation for indigenous peoples in the future , an amount that was made up of accumulated deposits and an appraisal of Mexican lands.

“The deposits themselves form something called the Unique Support Capital Account (CUCA) of which the entire population becomes an active member, three generations of 33 years have passed and Mexico has the right to collect it until the fourth generation, but Mexico should be receiving the dividends from that single contribution account to distribute them among its entire population ”, explained Mauricio Montijo Lucero, spokesperson, sole administrator and settlement agent of the FMPPA. 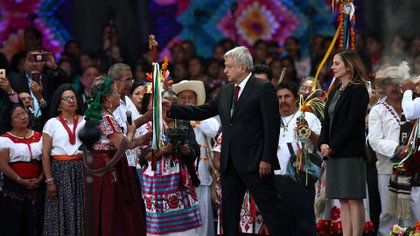 The intervention of the Mexican State would be needed, with the support of a diplomatic corps, so that the Mixed Private Fund for Autonomous Heritage can initiate a process of repatriation of resources (Photo: Reuters)

Montijo Lucero acquired the right to administer the fund by the appointment given to his family , when Elías Calles, in 1928, began the registration process from the updating of private committees of all the indigenous communities of the country.

“It was the grandmother, the father, and later Mauricio the only one who has been following up. This right was conferred upon him when those 33 years expire, after those deposits in that third period, Mexico can now automatically access the returns generated by that account through its common representative and those enormous returns, Mauricio speaks of 822 million initially, but right now we are going in eight hundred thirty-something”, he explained. If everything Mauricio says is real, that Mexico has a great treasure

The intervention of the Mexican State would be needed, with the support of a diplomatic corps, so that the Mixed Private Fund for Autonomous Heritage can initiate a process of repatriation of resources. For this reason, the members of the aforementioned organization took with optimism the initiative of Andrés Manuel López Obrador to inquire about the “treasure”. 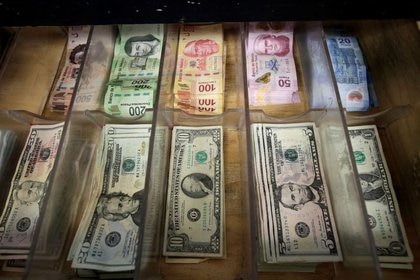 In a morning press conference, on January 19, this year, the Mexican president reported that Arturo Herrera, Secretary of Finance and Public Credit, received the instruction to investigate the fortune that would be abroad.

“We have heard that version already on other occasions, but we have no evidence, there is no evidence that this is real, of course, we do not close any file that has to do with these events, with the possibility that there is money abroad that belongs to Mexico, that does not prescribe; if it is investigated, if there are elements if it is proven if it is real; then the government would act to demand the return of that wealth for the benefit of the people of Mexico, but now there is no information on that, ” the Finance Minister said on January 19th.

With these resources, said Rogelio Amparan, Mexico acquired financial independence. In addition, distributed among the 2,458 municipalities of the country, an investment could be generated in four main axes: education, health, economic development, and food.

“If we give that money away to each inhabitant, we could collapse the country’s economy and that is not the idea, it is an intelligent financial action that should apply that investment and make the entire population work for their communities, in that case, let’s say hypothetical amount to each inhabitant generates a source of investment because the stock market asset is not withdrawn, it could be invested in the four areas of sustainable development previously mentioned”, he clarified. 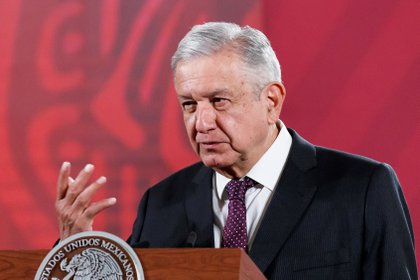 The members of the fund have taken with great optimism the initiative and the interest of President López Obrador to investigate the “treasure” (Photo: EFE / José Méndez)

Rogelio Amparán continued: “However, this information has not been disclosed to the public. According to the member of the FMPPA, there are political interests that do not want Mexico to recover its value in the foreign exchange market, develop in investment. “[…] that part is the one that the public administration does not like very much because it thinks that we are trying to generate an alternate government, and that is not the case at all.”

Japanese-Mexicans demand an apology from Mexico