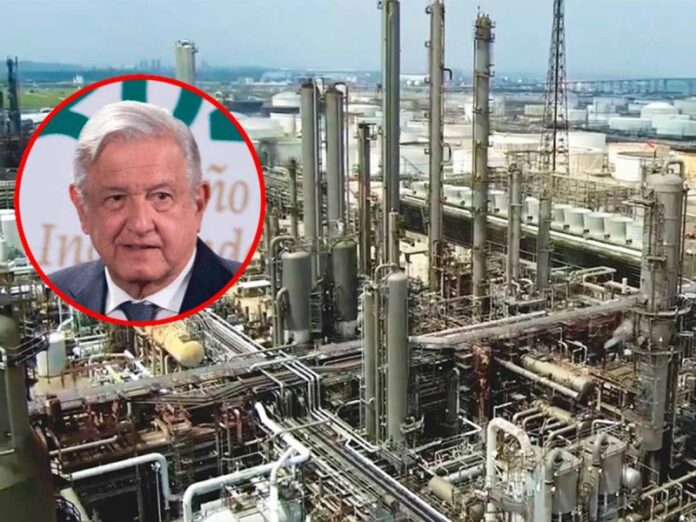 In 2021, the average capacity of the 6 existing refineries was 44% due to obsolete technology, warned the president of Coparmex.

José Medina Mora Icaza, president of the Employers’ Confederation of the Mexican Republic (Coparmex), assured that the Dos Bocas and Deer Park refineries are only a partial relief to guarantee the supply of fuel.

“That is why the construction of a new refinery or the purchase of Deer Park in Texas has been questioned since they are partial relief that is far from being a substantive solution,” commented the leader of the employers’ union.

The businessman stated that the right thing to do is to invest in improving processes, in technology, generating alliances with companies, and raising Pemex’s productivity to achieve the desired energy security.

He added that in 2021, the average utilization of the 6 existing refineries was 44% of their capacity: “They are old, with obsolete technology, which together barely produce an average of 247 thousand barrels of gasoline per day.”

“However, to meet the demand for gasoline for cars, almost 300,000 barrels a day are bought abroad,” said the business representative.

He recalled that the war between Russia and Ukraine has destabilized the world in economic and energy matters so that fuels have reached high prices not seen in a decade and that directly affects inflation.

Mexico, he added, is an oil exporter, but an importer of gasoline, diesel, and gas: “In 2021 we exported 28 thousand 926 million dollars of oil products (crude oil, gasoline, diesel, natural gas), but we imported 53 thousand 851 millions of dollars”.

Additionally, Pemex imported around 60% of the gasoline it sold in Mexico.

“But the solution to this issue is far from simple, the government has proposed as a solution to be self-sufficient (energy sovereignty), that is, to stop exporting oil to produce the gasoline we need. Doing that, according to experts, would lead us to end up importing not gasoline, but oil”, he commented.

“It is complex to go against the laws of the market, if Mexico imports gasoline it is because it is cheaper to buy it from other countries than to produce it here,” he added.

The president of Coparmex stated that Mexicans need fuel and electricity directly or indirectly, whether in our homes, in schools, in hospitals; or indirectly so that, for example, food reaches the stores, the refrigerators of a butcher shop work or we have access to the internet.

“Today it is urgent to eradicate energy poverty, that is, to promote investment so that we are all included and have the same opportunities to access these inputs, just as we must ensure that our energy generation and consumption do not aggravate climate change,” express.

Mediana Mora Icaza said that the physical investment budget for 2022 had a real increase of 17.6% compared to 2021, which will place it at the highest level since 2017 and will represent 3.1% of GDP.

“Despite the increase, investment spending is still below the 4.5% recommended by the World Bank to meet the Sustainable Development Goals (SDGs) and is not necessarily oriented towards infrastructure modernization or raising the productivity in the sector”, he said.

One of the pillars of the new Mexican energy model, he added, is that many priority areas, such as storage and logistics, currently deficient, are beginning to be taken care of by third parties, after years of neglect and exclusive access.

“Pemex cannot do it alone, but it can get ahead and guarantee the country’s fuel energy security if it works in coordination with private companies in the sector. Why cancel permits or suspend the operation of storage terminals if at this time more fuel supply can help prices fall? Without the participation of private parties, it would result in fewer projects, an increase in supply risk, where if an actor limits his participation, the country could even suffer a shortage, ”warned Medina Mora Icaza.