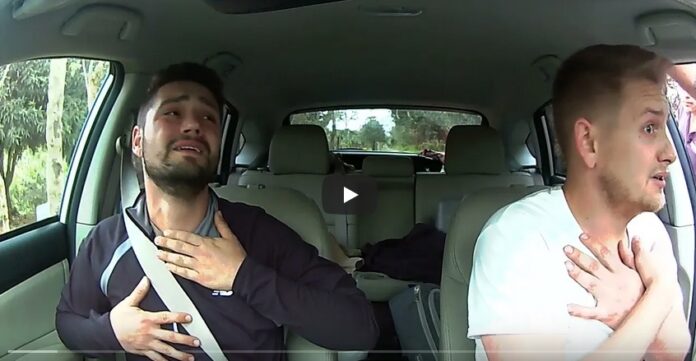 MEXICO — A video of tourists who appear to lost and confused on the roads in Mexico has gone viral after they encountered a group of people suspected to be with the Cartel.

The dashcam video which appears to be recorded in February 2020 according to the timestamp was shared on Dec. 15 of this year. It shows two men, who identify themselves in the video as Logan and Aaron, stopped by supposed narcos, Mexico News Daily reports.

The two were reportedly in Tabasco and appear to be lost.

The driver, Aaron, noticed a vehicle right behind the one he and Logan were in and started to worry.

“The car behind us is kind of scaring me how fast they’re going,” said Aaron.

Shortly after, Aaron is stopped by them as they catch up beside them.

“Oh my God, they have guns,” Aaron says.

The two begin to panic and plea to the group.

The group, who cannot be seen in the video frame, begin to console the two Americans, patting Aaron on the back and offering him a hug.

Some viewer comments questioned if those in the video were legitimate Cartel members, some even saying there were actually civilians protecting their land.

“These weren’t cartel members, they are civilians who fight against them to protect the land,” said YouTube user Emptycicada.

The two were shaking after the encounter, but were free to leave.

“No problem, no problem,” one man can be heard saying.

With information from Mexico News Daily

Teacher-rapist sentenced to 25 years in Tabasco