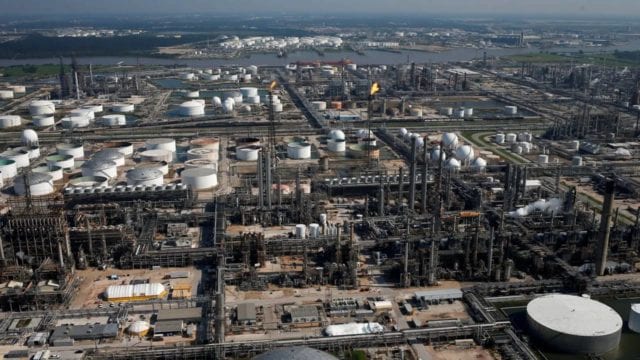 Demand for fuel will begin to recover during the summer in the United States and the refinery could begin to reverse its losses from last year.

The purchase of the Deer Park refinery is good business and better than the one built by the Mexican government in Dos Bocas, Tabasco, according to energy sector analysts.

Shell brought profits to Mexico, beyond losses of more than 4,500 million pesos in 2020, after the covid-19 pandemic.

“For more than 10 years, Deer Park brought fun to Pemex, but they don’t see that, they don’t raise awareness. We just see when the refineries lost money last year. There were even some that closed and others were sold ”, declared Margarita Pérez Miranda, consulting partner of the firm BF Actuarios.

The state company bought the energy complex for 600 million dollars (12,000 million pesos approximately) which has a capacity to refine 340,000 barrels per day of crude oil.

For Carlos Islas Flores, an expert in energy trade and an analyst at ACCIAM, the refineries in the Gulf have better refining margins compared to those in Mexico because they have the ability to use cheaper crude and produce higher quality fuels than the Mexican ones.

“It is so business that the United States and China have the largest refining capacities in the world. it is a business that allows them to generate income, “said the chemical engineer and former employee of PMI Comercio Internacional, a Pemex subsidiary.

He even recalled that not only Deer Park reported significant losses during the past year, but all large companies, such as Exxon and Shell, and it was due to market conditions where there was no demand for confinements derived from the pandemic.

The Deer Park facilities in Houston, Texas are privileged due to their proximity to the Gulf and Mexico, in addition to projections that demand will exceed levels prior to the health emergency during the summer, the time of greatest demand in the United States. The former commercial director of products of PMI Internacional, a subsidiary of the state-owned productive company, also pointed out.

Although both consider that Deer Park “is a great business”, the purchase of Pemex received multiple criticisms from former officials, activists, and leaders of the political opposition regarding its commitment to producing more fossil fuels, while the world and other oil companies of its size try curbing global warming with the use of clean energies, which the current administration has criticized for being in the hands of private initiative.

The government of President Andrés Manuel López Obrador established a sovereign energy policy to reduce the import of fuels and, to justify it, has ensured that the demand for these will continue for 20 years, although firms such as the credit rating agency Moody’s estimate that a world level will fall 20% by 2035.

In addition to rehabilitating the six refineries in Mexico, the current administration is building a refinery in Tabasco with the same characteristics as Deer Park with an initial investment of 8,000 million dollars that today is almost 9,000 million dollars.

Pérez said that the refinery faces delays and cost overruns that will raise the final amount of the work to $ 13 billion.

“Starting a ceramic refinery is not an appropriate decision for the cost and to have it ready in 10 years. How long is that business going to live? ”He added.

Camilo Argüelles, lawyer and director of the firm Argüelles Name Asociados, former legal manager of Pemex, said that the parents would have to be defined to determine if Deer Park was a good business, and know when it would return the 600 million dollars invested.

“It is a better business (Deer Park) than what has been invested in the refinery that is being built in Tabasco,” he concluded.

Querétaro: The emerging pole of industry 4.0 in Mexico