The Undersecretariat of Human Rights, Migration and Population has registered 4 thousand 90 clandestine graves and 6 thousand 900 bodies exhumed since 2006

This Wednesday, at the morning press conference from the National Palace, the Undersecretary for Human Rights, Migration and Population, Alejandro Encinas, described the panorama of the investigation and search for missing persons in Mexico.

According to figures from the National Search Commission, from January to September 2020, 4,960 people have disappeared. The official assured that the trend is down. In the same period of 2019, the commission documented 6,511 missing persons, representing a decrease of 23.8 percent per year.

However, he said the situation is more complex and undermines the statistical picture. Encinas explained that, in general, the State Prosecutor’s Offices and the Public Prosecutors have an “uneven” performance, not only in the resolution of crimes associated with disappearances but also with their registration. “Some act well, but almost no (investigation) folders are prosecuted,” he declared.

In total, the prosecutors have registered 10,862 missing persons so far this year. But, almost a third of the reports, 31.3 percent, were discharged by agencies of the state of Jalisco. On the other hand, entities such as Baja California, Coahuila, Chiapas, Chihuahua, Querétaro, San Luis Potosí, Sonora, Tabasco, Tlaxcala, and the Attorney General’s Office have reported fewer than 20 missing persons each. 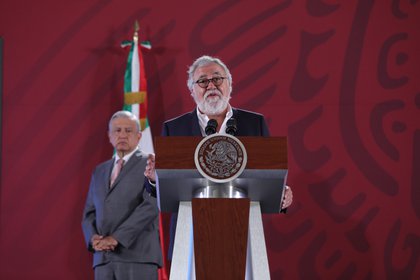 The crimes that the search commission associates with the category of “disappeared person” are Forced disappearance, Disappearance committed by individuals, Femicide, Homicide, Kidnapping, Kidnapping, Trafficking of minors, and Trafficking in persons. (Photo: EFE)

The case of the State of Mexico stands out, which, according to the Executive Secretariat of the National Security System, has initiated 2,134 investigation files only on crimes against personal liberty (for which it does not include femicides or homicides), but has only supervised 11 cases in the CNB database. He regretted that the majority of omissions and negligence occur without the responsible officials being penalized.

The crimes that the search commission associates with the category of “disappeared person” are: Forced disappearance, Disappearance committed by individuals, Femicide, Homicide, Abduction, Kidnapping, Trafficking of minors, and Trafficking in persons.

In addition, the undersecretary highlighted that 90 percent of the disappearances are linked to organized crime activities. Neither the Undersecretariat headed by Encinas nor the SESSN offers concrete data to support this statement. However, the assumption is based on the geographic location of most of the disappearances (Tamaulipas, Chihuahua, Guerrero, Sinaloa, Zacatecas and Jalisco), which coincide with the territories governed or in dispute by the different national cartels.

The most relevant case is the prevalence of disappearances in the state of Jalisco, which, in addition to being the entity with the most disappeared people in the registry, is the state with the most bodies exhumed from clandestine graves, 605 bodies since the National Registry began of Clandestine Graves and Exhumed Bodies in December 2018.

In this sense, the case of Veracruz also stands out. The Gulf state has the highest number of clandestine graves registered in the same period, 180 in total, but only reported 657 disappearances. 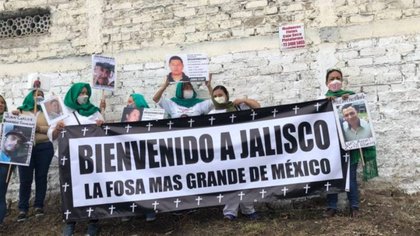 Encinas clarified that most of the people found have been alive, 14 thousand 722 in the two years of the current administration, which is equivalent to 91.9 percent of the 16 thousand 20 people located. (Photo: Special)

Encinas clarified that most of the people found have been alive, 14 thousand 722 in the two years of the current administration, which is equivalent to 91.9 percent of the 16 thousand 20 people located.

Finally, Karla Quintana, head of the National Search Commission, mentioned the 334 million pesos (USD 15.6 million) that her agency has distributed to the state committees to search for disappeared, who register a third of the disappearances in the system. And she highlighted the implementation of the Extraordinary Mechanism for the Identification of Persons, the Homologated Search Protocol, and the acceptance of the UN Committee on Disappearances, formalized on October 2.